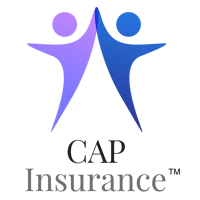 What Is Medicare - Parts A and B?

The following video answers the question... What Is Medicare and how do parts A, B, C and D affect you as a Medicare participant?

I think this picture really represents the confusion that seniors feel, and it's a look that I often get when seniors come to me. The two items that they respond to us with are:

And so, which way to go and which plan is right for me? That's the ultimate question. In fact, it's a question I get up front before I even have an opportunity to speak with people. So, what I would like to do today is to basically share with you how Medicare works and give you an understanding of Medicare.

And before I do that, basically I'd like to talk to you about who I am.

If I haven't already told you, my name's Craig Prince with CAP Insurance Services. I've been in business for over 40 years. In fact, some of my first Medicare clients were born in the 1890’s.

So, what I like to tell people is that nowadays, I possibly could be talking to you about Medicare and that I had already talked with your grandparents about it. At our agency, I represent all major Medicare supplement carriers and also represent over nine Medicare advantage companies in the California area and other states.

Basically, our approach considers your relationship with your primary care physician first. Then, it takes into consideration your needs based on your prescriptions and then the consideration of plan benefits.

Now, this approach is going to save you time and get you the coverage based on your needs. And so, it doesn't matter if your friend or your neighbor has, you know, ABC plan.

Let's say, if your neighbor has scan, scan may be the plan for you. It may not be. So, we want to make sure that based on your needs, you're going to have the very best coverage that's available.

There are some exceptions to that rule, but that is general rule and that's what will go on.

Today specifically, we're going to talk about Part A, talking specifically about how it works so that you have an understanding of what it covers and also what it doesn't cover.

In other words, as long as you've worked at least 40 quarters (which is 10 years) and paid into the system, Part A will not cost you any money.

There are four aspects of Medicare Part A.

So in 2018, that inpatient hospital copay is going to be, or currently is $1,340. So here's what I like people to understand. If you were to be taken to the hospital today, assuming that you're on Medicare today and you go into the hospital, whether you're in the hospital as an inpatient for one day or up to 60 days, Medicare is going to pay all the bills other than the first $1,340.

Sometimes people like to say, well then is that a deductible? But deductible kind of indicates that once you're done, it's done for the year, which in Medicare on this inpatient hospital copay, it is paid each time that you go in, if you have separation of hospitalizations of more than 60 days.

In fact, I haven't had anybody come close to that. Typically, what happens is they will take you out in a wheelchair through the front door before that occurs, or you're going to be wheeled out the side door on a Gurney, but nobody stays in the hospital 60 plus days.

So, if a person goes into the hospital under Medicare and they're there at least three days, if the doctor says, "You know you're not sick enough to be in the hospital, but you're not well enough to go home, you would then get transferred from the hospital to a skilled nursing facility."

Medicare also says that if I am in the hospital as an inpatient and if I need a blood transfusion, they will pay all the costs of that inpatient blood transfusion after you as an individual have paid the cost of the first three pints of blood.

The first three pints of blood would vary from hospital to hospital, but you can be looking at $300 to $500 per pint.

The fourth aspect of Part A is hospice care. Hospice care is the care that you receive when you're ready to die. What they typically do is want to make you feel comfortable. So, whether your hospice care is received as an inpatient in a hospice care facility or if it's received at home, Medicare will pay 100 percent of the cost and you won't have to worry about that.

Same thing happens with outpatient surgery. If I go into the hospital, let's say I have a hernia surgery, so I go into the hospital in the morning, I have the surgery, I recoup and then I come home that same day, that hospital charge for my outpatient surgery, plus my surgeon, my assistant surgeon in my anesthesiologist charges for that surgery are all going to be paid under Part B of Medicare. Not Part A.

What is Covered Under Medicare Part A:

I'd like you to know, as a Medicare Insurance Agent, how seriously I take my responsibility in being your guide through this Medicare maze.

What I hope at the end of the process of explaining the ABC’s of Medicare is that first of all you'll feel very relaxed and then the next feeling is I hope that you have is a feeling of empowerment that you're now prepared to make a good decision to get a plan that is going to best suit your needs.

I’ve been doing this for 40 years. I never get tired of seeing that happen for my clients and I'd like to do that for you.